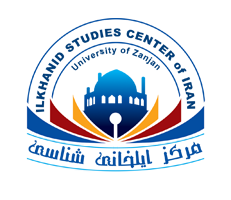 Introduction :
After the alliance of their tribes in Mongolia, Mongols attacked both sides of their territory. In the west line, they obtained script and writing from Uighur Turks and so for a long time, Mughal Kings› decrees were written in the same script, but Uighur script in Iran that had its own alphabet and script, could not have performance. Therefore its usage restricted to only writing commands and was used to express historical events and other scientific fields of Arabic and Persian languages.
Mongol rulers from the beginning, showed a fascination about recording their conquests history and supported the historians. Perhaps that’s why that two ministers of that period: Juwayni and Khajeh Rashid al-Din Fadlallah, Also began to write history in addition to Administrative work, And created two Historiography masterpieces of this period. The advantage Iranian Historiography of this period was that they used primary sources such as oral history and governmental documents. It was while that their Arab counterparts were used from second or even third hand sources to write the history. Ilkhani government As well as seized in Iran, abolished Abbasi›s caliphate and established relations with Shaam and Egypt governments And also establish relations with Christian rulers of Europe. They also have extensive relations with other branches of Mughal rulers in Russia, known as the «Golden Horde Khanat». Dare to say that knowledge of Islam world history in that period of was in hands of Iran, because first of all were the center of Ilkhanians territory, on the other hand, Arabic countries are not able to use Persian sources. While in Iran, fully benefit from Arabic works is possible even for university students. The Ilkhani center is able to recreate the culture and civilization of this period of history using the scientific capacity of Iran in interdisciplinary approach.